Probably the only person at school who was more rich than Kay, was its headmaster, also known as Sapphire.

Sapphire wasn't a person who you'd see on a daily basis. He was also a teacher, but his classes were only for the most gifted, as he liked to refer to his students.

Everyone knew just how strict the school's rules were. This didn't stop people from breaking them. What not everyone knew was that Sapphire knew exactly who broke which rule. Of course, the students thought they were getting away with it.

While everyone thought their headmaster looks quite mean and is very strict, the fact that he didn't always punish the broken rules proves he's quite lenient. It was his school and his own way of doing thins, after all.

The most often broken rules involved fortune telling using coffee grounds, pendulums and anything else that didn't have a deck form. The students were gossiping this was because Sapphire couldn't do this, however the rumor was never confirmed or infirmed.

Summoning demons, spirits or using the Ouija board were also forbidden, mostly because of how dangerous these practices are, but were also quite often performed.

One of the main reasons for which the students were breaking the school's rules was their curiosity regarding what would happen. They were curious to see if summoning would work, as well as seeing the new punishments the headmaster had up his sleeve. They were rarely disappointed.

They were really unfortunate if it wasn't the Headmaster coming to punish them as the other teachers were more strict than him, and we already know he wasn't always seen.

Almost everyone knew that Sapphire had 2 large cats - one was fully white and the other fully black, going by the names of 陰 and 陽 .

His cats were the size of panthers and they looked scary enough for those who didn't expect them to be there. They lived in his office, protecting it. Of course, not just anyone could enter his office at will, but things could and did happen. To have access into his office, people would either need to be called there, or make an appointment with his secretary.

All visitors would receive a password from her and then follow a secret passage way that was barely lit. Most intruders were those lucky enough to manage to hypnotize the secretary.

Upon entering, you'd see a large room decorated in the Victorian style. A huge fireplace was always burning, even on the hottest summer days. This was needed because the room was otherwise freezing cold. The only source of light for the office were some candles scattered all over.

Had there been more light in this space, you'd see dark shades of red, a big white fluffy rug on the floor, in front of the gigantic wooden desk that impressed most visitors. Sapphire likes to sit on a black leather chair that in normal light would clash in style with everything else.

Nobody knew if the room had any windows, though at least one wall had some really heavy curtains hanging. Sapphire couldn't stand the bright daylight, so this is why he needed all this darkness. The dark hallway leading to his office was meant to adjust the visitors' eyes.

It was common knowledge that the headmaster had his sleeping quarters above his office. Nobody ever entered that place - or so people thought. To reach this intimate area, Sapphire would climb a hidden and spiraled staircase.

What nobody knew was that Kay finally attending his school made the headmaster very happy. Not just anyone could deal with Kay's abilities. Sapphire was sure he could - or at least give his best at trying.

The names of the cats are reversed: the white cat is 陰 [Yin] and the black cat is 陽 [Yang].

Head over to Wikipedia for a better introduction to YIn/Yang.

The candles in the office would never burn out. 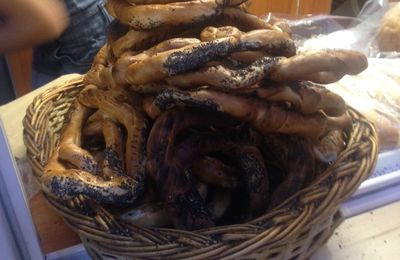