Everyone wants to look and feel good regardless of their gender, with people often being rated based on their attractiveness level. Having a body that is on a slim side looks attractive and is also deemed healthier, and the number of those who want a slimmer body seems to be on the rise. This brings a new problem into the spotlight: men and women lose weight in a different way and at a different rate. Let’s have a look at 5 reasons why losing weight is different for women than it is for men.

A different approach to losing weight based on gender

Numerous women are visually attracted by a male who is muscular and lean, while most men fantasize about a slender woman, with an hourglass figure. These ideals make men and women use different routines when it comes to losing weight. A male will spend many hours in the gym lifting weights while women generally prefer the cardio machines. In addition to that, more women choose to hit the nearest eatery right after working out, as a reward for their efforts. This action defeats the purpose of the exercise routine, and causes the entire weight loss process to become difficult. It has been observed that men are more prone to stick to a regular workout regime without distractions, thus adding to its effectiveness.

Men have a more competitive mindset compared to women

Men's competitive nature exerts a certain degree of influence on how the 2 genders view fitness. Males typically look at a workout to reach their goal: improving health and endurance levels. At the same time, the gym can be seen a place for friendly competition. Women, however, view exercising as more of a chore and not a healthy hobby. At the end of the day, feeling pressured to keep up a workout routine can decrease its benefits by a great deal. Women adopting a more competitive way of thinking have noticed faster results when it comes to losing weight.

Men usually eat only they feel hungry, while often times women use comfort food as an emotional crutch to relieve boredom, stress, or work related anxiety. Females are known to be emotional eaters while men prefer dealing with their feelings in a different and maybe more pro-active way. The way both genders deal with hunger and food in general is also dictated by the different hormones their bodies produce. Men release more leptin, also known as the "satiety hormone". Women's bodies release more of a “I’m hungry” hormone called ghrelin. Furthermore, men and women have different types of comfort foods: men prefer “mom’s cooking” while women mostly enjoy foods that give a quick pick-me-up such as cookies and chips.

Healthy and fit men are genetically designed to have a higher percentage of muscle compared to body fat. As an opposite, a female body is built with more fat and a softer appearance. Muscle growth is influenced by the higher levels of testosterone in a male’s body. Muscles need increased energy to work properly, and this is one of the reasons why men burn more calories at any given time. When comparing people of both genders with similar proportions, specialists noted that women have much lower metabolic needs. This translates into burning fewer calories for basic functions like breathing, brain activity, and even walking.

Women are affected by monthly hormonal fluctuations, while men have a constant level of hormones released into their system. This is an aspect that influences everything related to the body’s well being. These hormonal changes also play a significant role in how much women eat compared to men. Women are genetically programmed to keep up a certain weight for a regular and healthy flow of reproductive hormones, and a significant drop has negative effects in the long run. Harsh dieting is linked to loss of fertility in women due to the body not being able to release enough reproductive hormones.

While these are a few guidelines worth taking into account, each person is different and a weight loss program should be chosen on an individual basis. If you pay attention to your body, you have much higher chances of achieving your fitness goal. 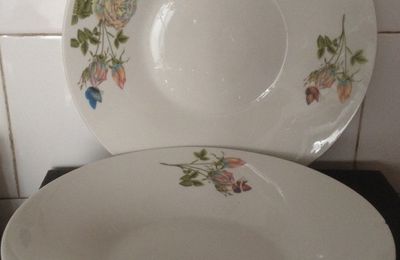 Covering up is more important than ever